Highlights of the meeting include:

Many of the questions at the end of the forum were concentrated towards MCAS Miramar, especially with pilots ignoring the designated airspace. During the meeting itself, jet noise was ironically heard. One retired military gentleman shared that the noise brought up his PTSD, while others vehemently conveyed that planes are flying over their homes on a continual basis. While Kristin Camper reiterated that planes are not allowed to fly over the community, she commented that she could “not guarantee that planes will never fly” outside the safety and noise zones. A wealth of information was shared during the Aviation 2020 forum, and all materials can be found at Aviation Update 2020 Links to Presentations 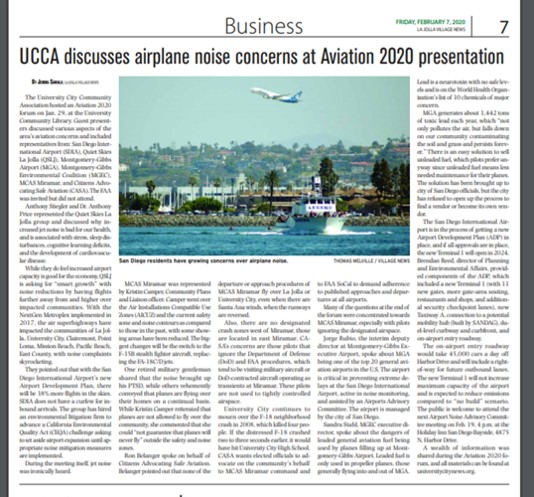